The Memorial Wall project is made up of 145 (to date) engraved bricks placed around our flag pole with our colors flying high. The wall is complemented with a  bronze plaque to honor all Veterans of all wars and conflicts. 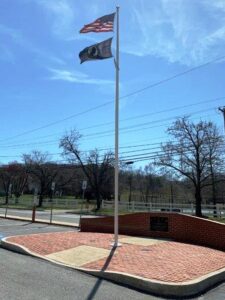 The engraved bricks to the left of the flag honor the veterans who served our country in time of war. To date we have bricks that honor those veterans who served in the following wars: The American Revolutionary War, The War of 1812, The American Civil War, World War I, World War II, The Cold War, Korean War, Vietnam War and Desert Storm. To the right of the flag we have bricks that honor Family Members, Members of the S.A.L. and The American Legion Auxiliary. We will have a dedication of the Memorial Wall in the early spring. Postcards will be mailed to all that have engraved bricks. Reminder now that Memorial is near completion it is still not too late to honor a veteran, family member or yourself. The engraved brick would make a nice Christmas or birthday gift. The brick are $75.00 and the order form can be picked up at the post or go on line to our website and download the form at www.post191.com. 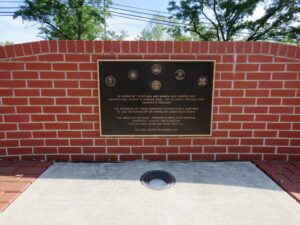